Out with the old

All gardens eventually need rejuvenating and gardening with a clean slate is much more fun. For the native border of 9 years it was time for a change. The pittosporums were black with sooty mould and passionvine hopper; the flaxes were shabby and riddled with scale insect; the hebes were tall having not got quite enough sun to keep them compact, and the variegated karaka just didn’t want to grow in the shadow of its giant green sibling.

The hebes and flaxes were easy to remove – a quick flick on the fork under the roots and they were gone. The pittos required a little more effort – first to be sawn down, then a “b….y” great hole around each one to get to the anchoring roots and cut them off. Dad’s old wrecking bar came in very handy.

The only plants given a stay of execution were two karakas providing privacy and shelter, the wonderful kowhai which attracts the tuis every year and the Tecomanthe vine which wends its way up through the karaka and (joy of joys) has its first ever flowers!!!

To replant, my initial lazy gardeners thought was to only dig a hole for each new plant and leave well alone. But I got digging and it became a bit of an obsession. The top 10cm was a mat of roots from all the different tenants and it became my mission to rid the whole garden bed of every one of them. I lost count of the number of 10l buckets that went to the scrap heap!

Did you know that the roots of kowhai are a red-orange colour and they reach far beyond the tree? I admit to chopping a few off but left a decent space around the tree so as not to completely destroy its root system. Pittosporums have thin black roots like wire and are just as tough. Tecomanthe is a triffid in the root department. Its large white roots gambol along the surface and down through the depths - the bigger ones were spared.

It took a couple of weeks to finish – there is only so much digging, tugging and pulling the body can stand! When I started, the soil was bone dry, having not had decent rain for four weeks. That changed in just one day with 110mm falling in 6 hours. The next day, the soil was lovely effortless digging and the roots came out with ease.

During this same period of manic makeover, I took down a Muehlenbeckia astonia hedge. It was about 1.5m high and had been tightly trimmed in a wavy shape. But I noticed how black it was with sooty mould, caused by a rampant population of scale insects. Wasps had come to dine as they extracted the honey dew from the scales. Not willing to leave a smorgasbord for wasps or have an unsightly black mass in the garden, I lopped it back to a few stems above ground level. My fingers were crossed that there will benew growth in a few weeks – I’m still looking!

That wonderful warm Autumn rain has rejuvenated the garden and I’m ready to plant with a variety of favourite shrubs and perennials. 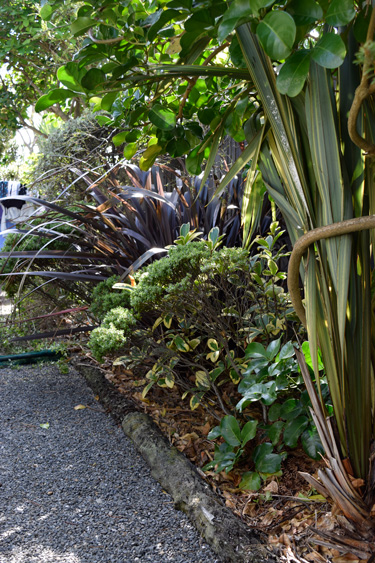 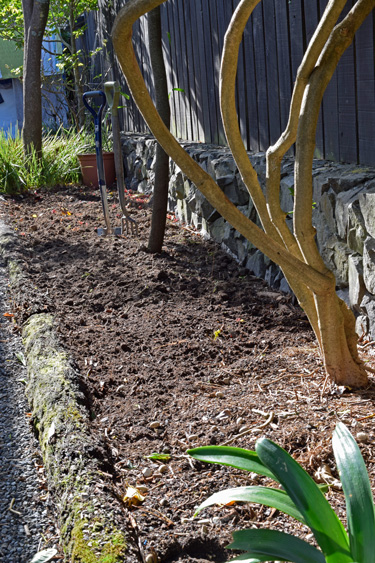 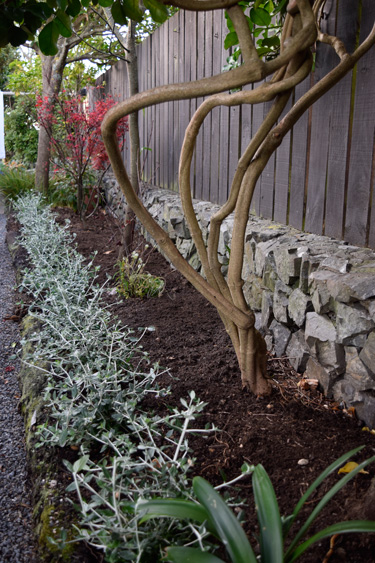 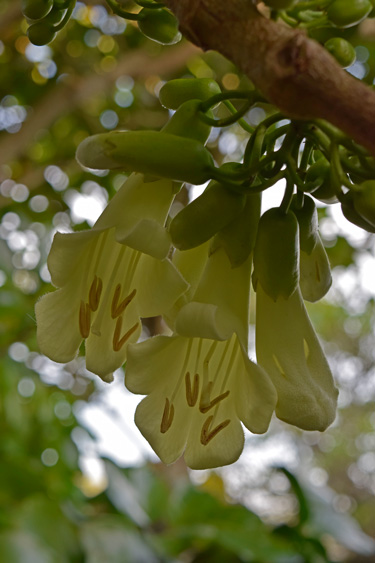