There are all sorts of beans, both annual (a one season life span) and perennial (lasting many seasons).

Perennial ‘Runner’ beans, can really only be grown as perennials in warm climates. In cool climates they are generally treated as annuals. Scarlet runner beans are very attractive producing colourful scarlet flowers, and fill a large space, and are usually the first to be harvested in summer.

Among the annual beans there are both dwarf and climbing forms. Purple climbing bean is a vigorous fast maturing variety with dark foliage and attractive purple flowers. The dwarf varieties are the easiest to grow because there is no need to supply supports. They are high yielding for the small amount of space they require and can be grown successfully in pots with plenty of food and water.

Beans are best grown from seed sown directly into a well-prepared soil that has reached warm temperatures of no less than 16 degrees Celsius, night and day. Never sow beans into cold wet soil.

Climbing beans are more sensitive to cold than bush beans and take longer to but they produce about three times the yield of bush beans in the same garden space and will keep on bearing until the first frost. Pick them frequently and eat them while they are young and tender.

Most dwarf varieties will produce the bulk of their crop over a two-week period. Make successive sowings every three weeks for a continuous supply, for as long as there is still a good two or three months of frost free weather ahead. 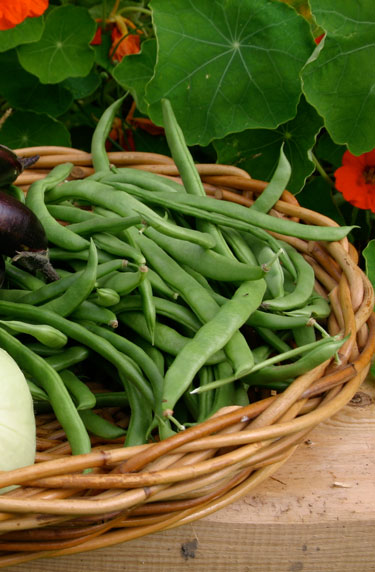 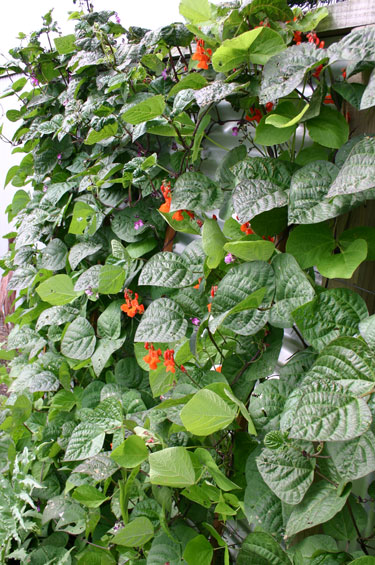