A helicopter ride over many New Zealand cities reveals a sad trend in the way our urban environment has developed. Suburbs that have been well established with big properties are clothed in greenery – mature trees that fill the spaces between houses. Often, there are more trees in the city than on the more distant rural farmland.

But as the suburbs evolve away from the city and become newer, less and less green can be seen! Instead there is a monotone blanket of brown and gray roofs. The sections in new suburbs have become so small there is no room to plant a tree for shade, for beauty, for the birds, for the kids and for our mental well being.

And there is another danger on the horizon – as infill in the established suburbs increases, so does the need to remove trees. It seems the size and design of a dwelling is more important than the space outside.

With infill comes increased population within the city for which smooth traffic flow is the top priority. In congested urban areas, street trees are few and far between. This is why mature trees stand out so much in our urban environment and are so precious.

In 2012, government introduced changes to the Resource Management Act 1991 (RMA), introducing new requirements for district rules protecting trees in urban areas. The changes to the RMA mean that ‘blanket’ tree protection rules are no longer a valid form of tree protection. Individual trees or groups of trees that are significant to a community or urban area of a city can only be protected by being identified, assessed and listed in the local district plan.

A study released in June 2015 found that Auckland’s trees have little protection against urban intensification and of those that are left, only a few are listed for preservation.
The research, by Senior Lecturer Dr Margaret Stanley and Research Fellow Dr Sarah Wyse from the School of Biological Sciences at the University of Auckland, found the Auckland peninsula has just six percent of urban forest left.

Of that, 63 percent is on private land where just 15 percent of trees are protected through Auckland Council’s Schedule of Notable Trees. The Schedule is the only remaining tool for tree protection after the changes to the Resource Management Act.

Older suburbs have relatively high numbers of protected trees while other areas had very few. The range of protected trees on the Schedule was skewed towards more popular species while a threatened species native to Auckland, tawapou, was represented by just a single specimen.

Along with providing food and habitat for native birds and insects, trees contribute significantly to the wellbeing of city residents but relying on the Schedule alone to protect them may not enough, Dr Stanley says.

“Given the housing challenges Auckland faces and calls for housing intensification, further pressure is likely on the remaining urban forest in Auckland and individual trees,” Dr Stanley says.
“The study shows the Schedule is failing to adequately protect unique native tree species and we need to do much better if we are to protect what is left of the city’s urban forest,” Dr Wyse says.
Auckland does have special ecological areas where significant vegetation cover is protected but these areas represent just 5.5 percent of the Auckland urban area.

What can we do as individuals? Take a walk through your neighbourhood and identify trees that are important to the character of the area or are of significant other value (it could be rare, a haven for birds, or used by the neighbourhood kids for play). Notable trees can be registered on The New Zealand Tree Register, www.notabletrees.org.nz, or write to your local Council advising them of the trees’ significance to your community.

And plant more trees. Consult with your neighbours and find a space in your backyard for a tree that will benefit everyone, be it for flowers, fruit, shade or shelter. 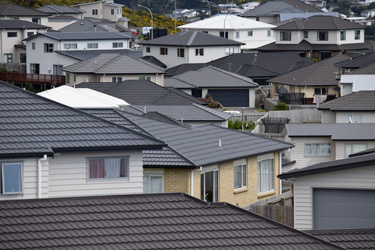