When you next sit down to a meal of perhaps new minted potatoes, fresh peas, a crisp lettuce salad with cherry tomatoes, and sweet juicy strawberries for dessert, consider this:

By 2050, the global population is predicted to increase to more than nine billion people, and the horticultural produce required to feed them will be almost double that of today. Close to four billion tonnes of fruits, vegetables and pulses will be required, in a world of increasing environmental pressures and decreasing land availability.

So, do you know where the food you are eating might have been grown?

For some, these crops may have been picked just a few short metres from the kitchen in the garden; but for many they likely came from the supermarket or greengrocer. And where did they come from before that?

[The area] is so close to …  that it is gradually being cut up for residential sections. Gardeners have already been driven out of this portion, so the city must look elsewhere for its market supplies.

This comment on urbanisation from a newspaper article reflects current concern over the loss of valuable arable land. The area referred to could easily be near any city but is in fact an extract from a Wellington newspaper (Evening Post 1916) 100 years ago and refers to urbanisation of the Hutt Valley. Those market gardeners in Lower Hutt relocated to Otaki, where they are now facing the same pressures of increased rural subdivision.

New Zealand needs areas where both the soil and climate are suitable for growing food crops. Possibly the most important is the Pukekohe/Pukekawa region south of Auckland which is unique in NZ; the climate provides frost-free growing conditions all year round; the rich volcanic soils make it easy to grow crops quickly; the local produce supplies Auckland city and much of the country, especially through October to December with leafy greens, carrots and potatoes.

But this same region is under threat. Easy access to Auckland city by rail and road means this area is becoming more popular as a place to live. The slow (and maybe not so slow) encroachment of subdivisions of high density housing is happening often at the expense of prime arable land. In 2015 in Pukekohe, the last site in New Zealand where three crops of potatoes could be grown in one year, was sold for housing development.

This is not solved by moving crop production to another area. The best arable land is a valuable, limited, non-renewable resource. It is efficient in its production of food and can be rested and restored in a relatively short time span, while improvement of poor soil can take decades and at some expense. Climate cannot be influenced and slope and aspect may be modified but only at the expense of soil structure.

Housing supply issues are complicated but the future food requirements of the country need to be considered alongside the further development of land. The country's arable land should be protected for the use of future generations. 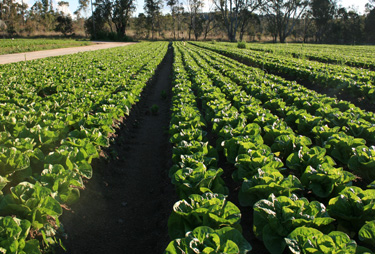