Around the globe cities are getting more crowded, noisier and hotter. Climate change is adding to that heat, placing pressure on human health, urban amenity spaces, productivity and infrastructure.

Temperatures are often a few degrees higher in cities and suburbs than they are in their surrounding rural areas. This temperature discrepancy is the result of a phenomenon known as the urban heat island effect and interestingly was first investigated as far back as 1810. Buildings with dark surfaces, and roads and pavements absorb light and emit it as heat, warming the surrounding environment.  Vehicles and air-conditioning units also emit heat that gets trapped within the confines of the high rise buildings.

We may think New Zealand cities will be immune from heating with our proximity to the sea and large rural green spaces, but the proliferation of more intensive housing developments and little space in the city centres for trees, affords the potential for pockets of urban heat islands to form.

Plants are well known for providing cooling, not only as shade but also through evaporation. Dry air absorbs the water lost by plants through transpiration, turning it into water vapour and becoming cooler. But when cities expand and new suburbs are created, structures and impermeable surfaces replace vegetation, so the city loses the evaporative cooling advantage of plants.

What can we do to manage urban heat and who has the ability to act? Central and local government and city planners are ultimately responsible for the design of a city, so what is stopping them?

Research from overseas has found that while urban planners understand it’s cool to green cities, they have no experience with green infrastructure and delivering the technology would be an uncertain process. Put simply, green walls and green roofs have not featured in traditional planning schemes. They are scared of the expense without exploring the cost-benefits of green infrastructure. It is far simpler to create a building of known dimension and materials than to mix in the vagaries of animate objects.

In New Zealand, it is likely these ideas for green infrastructure have not been tested against the current legislation of the Resource Management Act and the numerous Regional, District and City Councils, which all have their own plans to control new developments such as high rise buildings, houses and suburbs.

City planners should consider the future our cities face before they approve the high density housing developments that are the current fashion. We need to encourage planners and architects who have the vision and backbone, to push these ideas and plans for green infrastructure through the red tape, and create cities and suburbs that will temper the tide of climate change for years into the future. 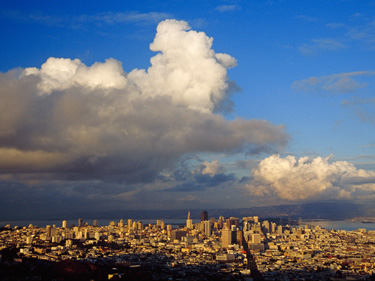 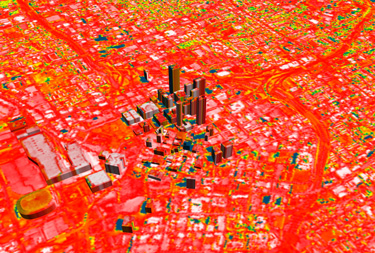