A new generation of Agapanthus is available in garden stores up and down the country.

This New Zealand led initiative has seen this much loved garden standby relaunch itself in a garden-friendly compact size and in an exciting range of new colours.

The very best thing is that this new generation of Agapanthus is designed to be environment safe. Particularly in sensitive ecological areas such as coastal cliff tops and road side watercourses.

New Zealand’s plant breeders heard the message and responded with a range of Agapanthus that do not threaten the environment. They have done this by creating a range which either does not set seed or has a very low fertility .

All this effort has been aimed at low growing compact forms as tall growing forms have already been banned from sale in Auckland. This is on going work with more colours and forms being trialled, with the aim of adding new successful candidates to this year’s three new releases.

White Agapanthus are hard to beat for all round usefulness in a garden, especially those gardens that are not blessed with the best soil and are prone to drying out.

New Agapanthus Pavlova is a compact dwarf white flowering selection that can be planted with a clear environmental conscience. Bred in New Zealand by gifted plantsman Terry Hatch, Pavlova lives up to her name (ballerina and dessert alike). Growing a little taller then Baby Pete, Agapanthus Pavlova is a response to the same need for safe Agapanthus that do not spread by seed.

Our third environment safe beauty is called Sarah. Agapanthus Sarah has the distinction of being the world’s first candelabra type flower. The soft lilac blue of its flowers are highlighted by its upturned flower heads. Bred in Hamilton by the late Mike Geenty, Sarah is a true blue sterile garden friend.

Getting the best from Agapanthus 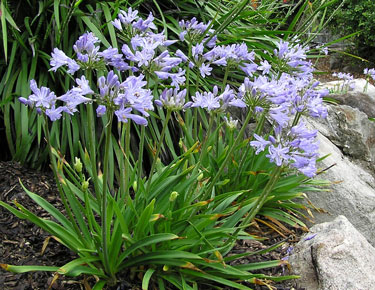 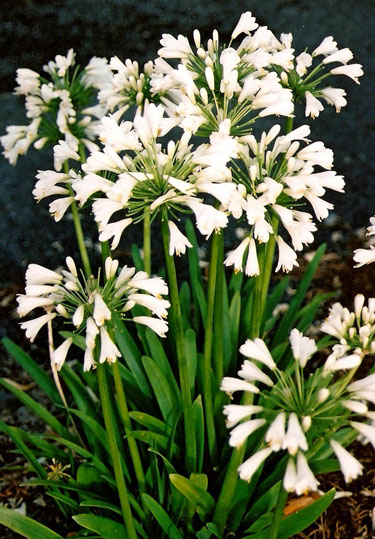 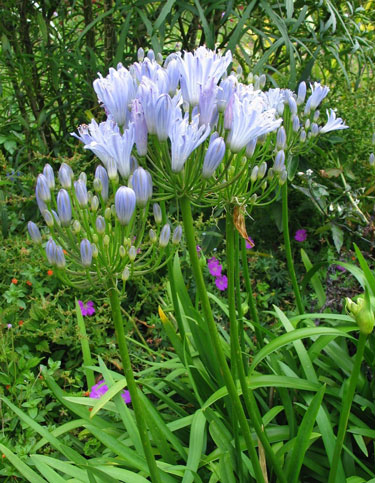