Banking for the future

Conserving precious native species in the face of a serious new pathogen is a multifaceted effort involving gardeners and scientists all around the country. Sarah Thornton meets a gardener involved in a very important project.

In the Spring 2016 issue of Go Gardening, we talked about Myrtle Rust, an invasive fungus disease that is threatening New Zealand’s Myrtaceae family of plants including rata, mānuka, kānuka and the iconic pōhutukawa.

Several agencies have reacted to this potentially devastating disease head on. The Ministry for Primary Industries and the Department of Conservation (DoC) have fast tracked a Myrtle Rust Response Seed Collection, working with the New Zealand Indigenous Flora Seedbank (NZIFS) led by Massey University. The project collects seeds from New Zealand flora to conserve the country’s biodiversity and is part of the Millennium Seed Bank Partnership headed by the Royal Botanic Gardens, Kew in the UK.

Seed bank coordinator Monica Swadel says they currently hold seeds of 213 different indigenous plant species including the Myrtle Rust Response collection of Myrtaceae seeds.
“Myrtle rust could seriously impact on New Zealand’s Myrtaceae species,” says Monica. “In New Zealand there are other threatening diseases such as kauri dieback which has seriously affected some kauri populations and requires careful monitoring and public awareness to avoid its spread.”

Like any bank, deposits and withdrawals are made, although the latter only when a species needs to be reintroduced to populations lost in the wild or for research projects that will help with conservation of a species.  New Zealand has around 2600 taxa (species) of indigenous plants, with 80 percent classified as endemic and 40 percent at risk or threatened.

Palmerston North local Vivienne McGlynn works at the Myrtaceae seed bank. With a Masters degree in Plant Ecology, Vivienne previously worked for DoC as a programme manager in Biodiversity before “going back to gardening” in 2010 as a self-employed gardener.

“Because of the Myrtle Rust outbreak, we are trying to bank as many populations of Myrtaceae species as possible,” she says. Seed is collected from around the country and sent to the seed bank where an exhaustive preparation and testing process takes place.

“In the lab the seed packets are opened up under a fume hood to make sure any likely rust spores present can’t escape.  It’s then a lengthy process of soaking and washing before they are dried and sieved. And that’s even before we know if it’s even a good seed!”

The seeds are then weighed and counted; around 10,000 seeds for each collection is ideal. “I’ve just weighed some Manuka seeds and it actually doesn’t take much to get that number – sometimes 10,000 seeds can be a couple of teaspoons.  There is further testing to confirm viability and once the seeds are completely dry, they are put in sealed foil bags and stored in the freezer at -20OC,” she says.

Vivienne adds that seed banking is possibly the only thing to do in the case of airborne fungus diseases putting our flora at risk. “The seeds can be used to restore populations if there’s a solution to the rust problem and they also provide samples from a scientific point of view – looking at genetics between populations.”

When she’s not collecting seeds, Vivienne is a very keen home gardener. “Half of my garden is ornamental and the other half is in vegetables. I have a secret garden accessed through gates and that’s where you’ll find a beautiful native Clematis dripping off the tree, Chatham Island forget-me-nots and primroses all bursting out. There’s a lot of luscious colour, texture and scent in the garden.”

When it comes to gardening for other people, Vivienne says her work is usually a combination of purely manual work - getting rid of convolvulus and ivy - and implementing whole new planting schemes. “I think the best value in being a gardener is enabling older people to enjoy their gardens and taking load off their minds as well as their shoulders.” 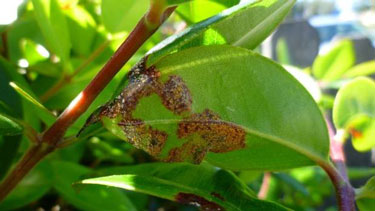 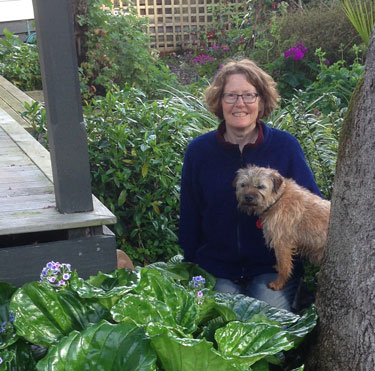 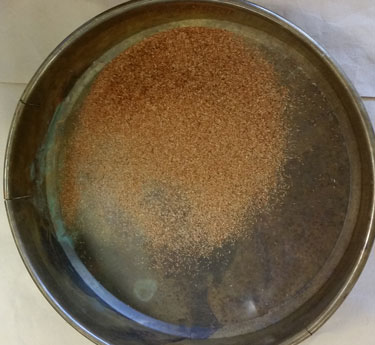