After nearly twenty years as a pharmacist, Mark Boyd made the switch to professional gardening. Like many keen gardeners, his interest in gardens was sparked early in life. “I grew up on a farm in the King Country. My parents were pretty keen gardeners. My grandfather was also a very keen gardener and planted hundreds of deciduous trees on our farm. We had friends and neighbours with large country gardens, which I always loved. In particular, our friends the Lethbridges had a beautiful farm and garden at Korakonui, which was established at the beginning of last century. Dale Lethbridge, now living in Hamilton, has always been an inspiration to me. Now in her 80s she’s still creating beautiful gardens.”

By the time he sold his pharmacy, Mark had developed an established garden on a blank canvas at the first Auckland home he owned with his partner. It was while developing their next garden on a much larger blank canvas in Waiuku that they decided Mark should turn his love of gardening into a career. It was a move he has never regretted. “I love the ability to be creative, the friendships and relationships that have built up over the years and the sense of achievement when a project comes together.”

A recent project that Mark is particularly proud of is a large garden in Ramarama. Owned by Peter and Jane Tayler of Rainbow Park Nurseries the garden, though still in its infancy, featured recently in the Franklin Hospice Garden Ramble. “We’re a great team,” says Mark of the close alliance he enjoys with the Taylers. “Getting ready for the Festival, we all helped each other out - Peter is great on lawns and Jane on hedges.”

Although Mark loves being outdoors and doesn’t shy away from physical labour, he says he wouldn’t love his job so much if it was just about weeding and mowing. It’s important to him that he has a sense of ownership and he enjoys significant creative input. Some of his clients are happy to leave it to him. Others like to be more involved, but he is quick to point out, “Each garden has its own style. I don’t set out to make them all clones of each other.” Sitting down to discuss a garden with its owners over a cup of tea is one of the great pleasures of the job. His portfolio revolves around eight or nine gardens at a time (not counting his own) for mostly long-term clients.

One of those long-term clients is Debbie Pascoe, whose rambling country garden doubles as the principal trial garden for her business, Living Fashion plants. “I’m so lucky to have Mark, not just because he keeps my garden looking better than I ever could, but because he is also a vital member of the Living Fashion team. Mark has a real feel for plants. He’s a Botanical encyclopedia on legs! I rely on him for planting advice and to help decide which plants will do well in New Zealand gardens before we release them to market,” says Debbie. “Plants often grow differently in NZ conditions than in their country of origin and Mark understands better than most what makes a great garden plant.”

Being up close with plants on a daily basis provides the avid plantsman a perfect opportunity to notice when an interesting new seedling or sport (a spontaneous change of flowers or growth) appear in a garden. “I have a couple of plants that I’ve discovered which will hopefully be available for sale one day soon.” He’s proud of a new Michelia he named Serendipity after finding a seedling in a client’s garden. It is currently being trialled by Vance Hooper at Magnolia Grove in Taranaki. He has also discovered a truly miniature agapanthus which he hopes we’ll see in the Living Fashion range in the near future.

Even after spending most of his week in clients’ gardens, Mark has plenty of enthusiasm left for his own. He has spent the last eight years planting his latest blank canvas. “We built our latest home on a 1500m2 section in Clevedon, this time on difficult clay soil with the added challenge of being on tank water.”

Mark says weather and climate change are his key challenges and stresses the importance of choosing the right plants for the right conditions. His advice for anyone coping with a limited water supply is to hand water “so that you can put it where it’s needed most and not waste a drop.” He’s also a strong believer in covering the ground. He spaces his plants so they will ultimately knit together and cover the ground. “When our garden was new we mulched by the trailer load. Now that all the trees and shrubs are established I only apply the occasional barrow load.”

Still, Mark says there is a wee way to go yet before he has achieved the garden of his dreams. “I have always liked the idea of having a garden that people want to come and see. I love people coming to see it on an informal basis, but for anything more formal I might need to be retired so that everything is up to scratch!”

Among Mark’s favourite trees are magnolias and michelias. “I have an awful lot of them! They’re at their best at the end of winter bringing much needed brightness and cheer. A couple I love are Magnolia David Clulow and Michelia Fairy Cream.” He also has a collection of ginkgos. “There is a surprising diversity in their forms.  A few of my favourites are Ginkgo Jade Butterflies, Ming Princess (a miniature) and Fastigiata, a small leafed variety that grows very narrow and upright.”

He is fond of some red foliage in the garden saying, “Every garden should have at least one Forest Pansy (Cercis canadensis) tree.” For the shadier parts of the garden he is a huge fan of hydrangeas. “They’re pretty hardy and perform well in a variety of conditions. The selection available now is incredible!” A couple of standout hydrangeas for Mark are Annabelle and Limelight.

While his camellias bloom over the cooler months, Mark’s roses fill his garden with colour through the summer. “I have quite a few roses. I don't spray so they have to make it on their own. One of my favourites for it's amazing fragrance and soft pink beauty is an older David Austin rose called Sharifa Asma. I am fan of the older roses that are always in flower, such as Archiduc Joseph, Souvenir de Madame Léonie Viennot and Mutabilis. A newer rose I’m enjoying right now is Sparkler. This vigorous groundcover rose puts on a great display of snowy white roses. For picking, Mark recommends Elina, a vigorous hybrid tea in soft yellow.

When it comes to garden design, Mark believes in breaking the rules. For example, he has no problem mixing exotic plants with natives. “I have always wanted a garden with a native bush component, but have never managed to achieve that. A couple of my gardens had a lot of native plantings, but we never stayed long enough to enjoy the benefits. So an acre sounds good, with native bush and a pond!” His dream garden would also feature formal plantings with hedges. “I like the concept of garden rooms leading from one to another.” There would be loads of interesting trees and shrubs, including magnolias, plenty of flowers and foliage for year round colour. But, of course “not more garden than we can manage. Or we’d need a talented gardener who’s happy follow my instructions,” he laughs.

Would he recommend gardening as a career? Absolutely. “If gardening is your passion you will know it, he says. There are so many opportunities out there. It's a matter of making it work for you. Gardening will never become the domain of robots!” 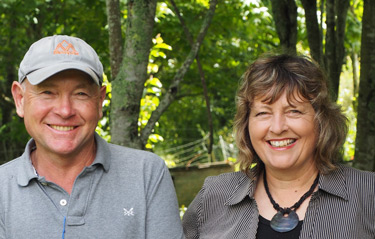 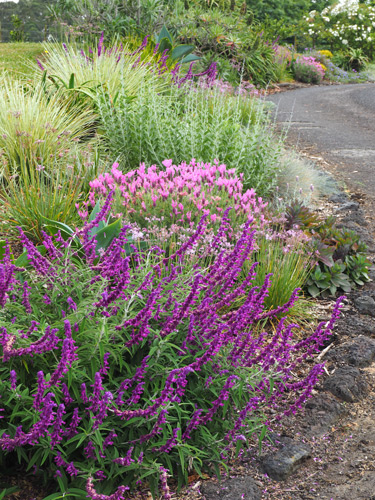 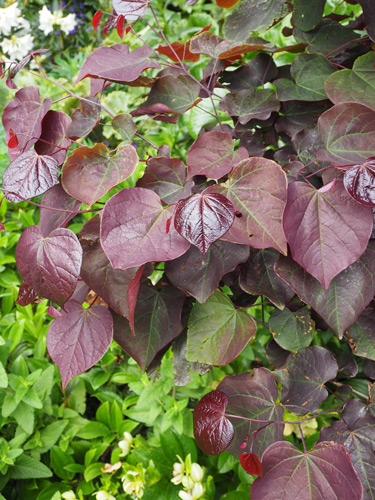 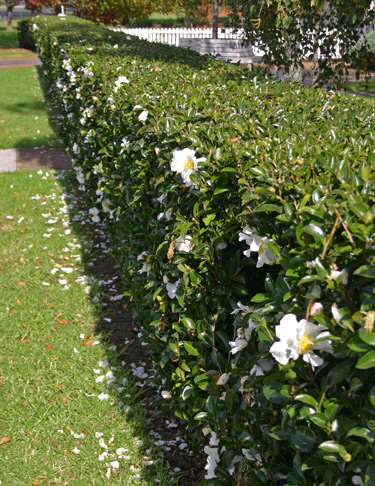 Camellia 'Setsugekka' as a hedge 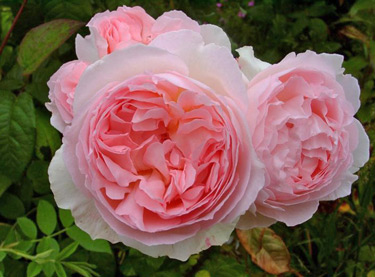