Untitled Document For decades, we’ve been charmed by their colours and forms, but lately there’s been something of a protea renaissance … and an influx of exciting new varieties.

The South Western Cape of South Africa is famous for its dramatic landscapes and unrivalled plant diversity. It is home to some of the most dramatic garden plants known to man, most famously, the mighty proteas.

Proteas arrived in New Zealand as far back as 1920.  For the most part they came from exposed mountains and clifftops where they were accustomed to full sun, wild wind and very free draining slopes.

Hence, as well as their striking flowers, proteas offer an amazing ability to thrive where many other plants fear to tread. Once established they thrive in windy situations and nutrient poor soils. They are salt tolerant, great for coastal gardens. They’re also wonderful plants for attracting native birds such as tui and bellbird to the garden.

Proteas range in size from the impressive Protea cynaroides (king protea) down to the likes of Protea scolymocephala, a dainty shrub bearing masses of creamy-green and pink flowerheads, perfect for smaller gardens or containers.

The hybridisation of proteas by human hand has only occurred in relatively recent times, resulting in some outstanding new garden plants.

If you are looking for a hardy and robust garden shrub with stunning flowers for picking or simply admiring in the garden, look no further than these divine new proteas! 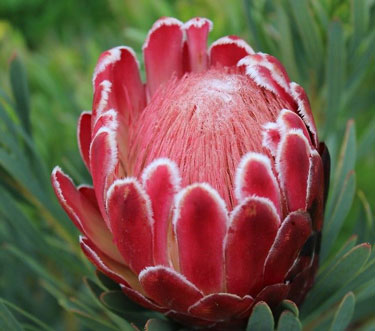 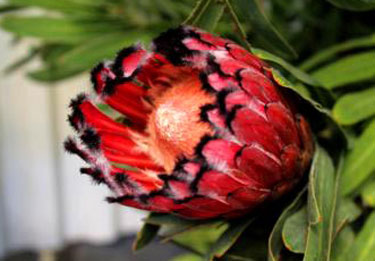 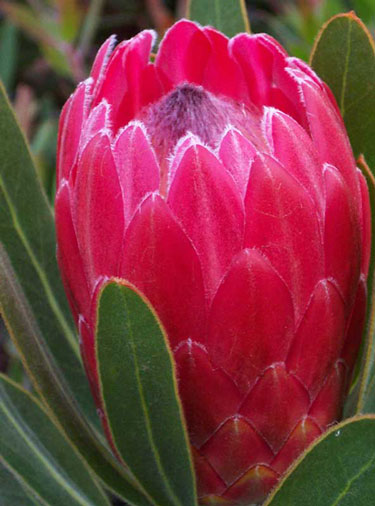 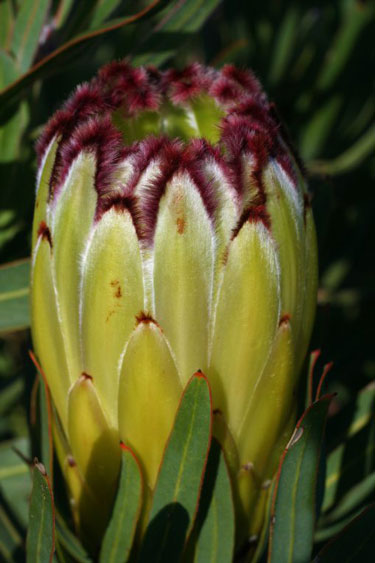 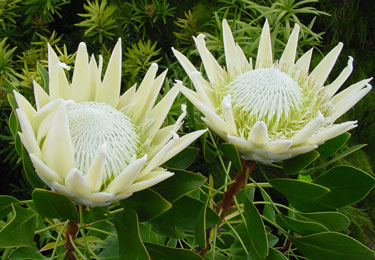